Janatha Curfew is no joke- We shall overcome 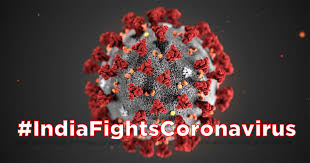 United, We Shall Overcome. Yes, we are 1.3 Billion strong. Our demographic dividend can be a killer too. The numbers we have, matter. In this Coronavirus Covid-19 time, academicians have called it a “Pearl Harbour Moment”. Sit where you are. Practice social distancing. The risk of being infected by the virus, fast spreading its tentacles worldwide can be stopped in its tracks. The emphasis is now on flattening the curve. Why do our numbers matter? They matter because the spread can be too fast and deadly.

Recorded facts, undisputed across sources, is that the virus first hit Hubei province of China on Nov 17th. Regretfully, the Chinese administration, typically, sought to play their Tiananmen game, and the result is before us. Be that as it may, take the case of United States led by its maverick President Donald J Trump who initially dismissed Covid19 as a ‘hoax’. His ‘FoxAndFriends’ cacophone touted the message that the viral spread fear as a “Good for nothing Democrats’ conspiracy”. Trump repeatedly suggested that ‘it would miraculously wash away. Don’t panic, carry on your lives and have the time of your as our economy surges’. It was shocking and stunning megaphone message to carry to Trump’s Base which is a huge number running to over 25 million at last count, as the viral surge made mincemeat of the market surge.

Now, now, there is a surefire pivot from the White House. Trump has now eaten crow but claims that he has been ahead of the curve and now closed borders and stopped flights from Europe, the works. Still shutdown or clampdown has not been embraced except in California by the State, on its own, on 20th March, 2020. Just see the spread across Europe- Italy, France, Spain, United Kingdom, lot. We live now in scary times.

The deaths in Italy have outstripped those in China, the epicentre of this virus. But, give it to them, the population has been so disciplined to follow the directions for a shutdown. People stick by their homes. They have taken the quarantine measures as being for their own good and not resisting or defying. The Spaniards have followed suit. The populace is aware of the economic impact of a shutdown. Particularly, on the middle class and those on the lower end. But life matters more than economics. It is that kind of an hour we live in.

It was a pleasant surprise to see the Congress party despite the visceral hatred their leadership has shown to Modi & Co agreeing with the Prime Minister’s honest, sincere and moral leadership to call on We The People to own up our responsibilities and duties, as a nation, and make a success of the Janatha Curfew. Prime Minister is obviously aware of the dissent, resistance and defiance that may have accompanied the announcement of any curfew or shutdown by force. We are like that only. Never follow the rules of the road when told to. Just look at the experience on the road for simple things like compulsion to wear the seat belts or helmets. The Modi administration had no choice but to play a different card, a moral appeal, which may after all persuade us to see differently.

Prime Minister Narendra Modi’s call for a self-imposed lockdown across India on Sunday, 22nd March, 2020, has found support from several quarters, including the Opposition. While the reactions have not been encouraging from the Left parties, which have typically poopoohed the idea as a tamasha, senior Congress leaders including former ministers P Chidambaram and Shashi Tharoor have strongly backed PM’s idea and vowed support to fight the coronavirus.

In his address to the nation on 19th March, evening, the Prime Minister appealed to the people to impose a complete lockdown on themselves, in view of the virus and show solidarity with the health workers and others who were putting their service to the nation, ahead of their own safety. In his 29-minute speech at 8 PM, PM Modi drew the attention of the country to the gravity of the situation globally and warned that Indians need to be alert and take all necessary precautions, for the challenging times ahead. It was an appeal to our patriotic instincts, as if during wartime. The present generation may never have experienced the times of Blackouts in 1965 or 1971. Kargil was too far and too distant to most. This is a new experience and may just have the traction with the millenials, in whom Modi places his huge trust, for a new India.

“I seek the support of my countrymen today. Janta curfew means a curfew for the public, a curfew imposed by the public on themselves. This Sunday, March 22, every citizen must follow Janta curfew from 7 am to 9 pm,” PM Modi said, adding that this act of restraint and resolve would ready the nation for the tough times that may lie ahead.

The Congress party which had been critical of the PM over the absence of any action or preparedness to deal with the outbreak, struck a reconciliatory tone following Modi’s address to the nation. “I welcome Prime Minister Narendra Modi’s call to solidarity at this challenging time. Will support ‘Janta Curfew’ while conscious that Sunday is the easiest day to try it. Need more reinforcement of social distancing (incl. suspending Parliament) and specific economic relief measures,” tweeted Congress MP from Kerala Shashi Tharoor.

Former Finance Minister P Chidambaram also voiced his support to the measures announced by the PM but also expressed concern over the situation and stressed on the need to impose tougher measures in the coming weeks. “I have offered our support to the PM’s announcements yesterday, but I am absolutely certain that the PM will have no option but to come back with tougher social and economic measures,” Chidambaram said in a series of tweets, adding that “a temporary lockdown of towns and cities for 2-4 weeks is necessary.” “Yesterday, I got the impression that PM was testing the waters. He should act boldly. The war against coronavirus cannot be fought with moral armaments,” Chidambaram said in another tweet.

It can be inspirational and motivating if each one of accepts our duties and responsibility to ourselves, at the selfish level to our families, community, society, cities, states and the nation at large. Just watch the viral videos from Spain and Italy where householders have clapped hands, rung bells, played music, and sang anthems, shared prayers, in praise of the Coronavirus Warriors on the roads, in offices, hospitals, nursing homes, labs and wherever. Fighting the battle from the frontlines for all of us.

All we need to do this critical time and hour is to heed the request not advice of our Prime Minister, to sit back, relax, throughout Sunday, 22nd March, 2020, in our homes, and not stir out and come 5 P.M. get onto our balconies or window sills or whatever we boast of and show our solidarity with all the fellow Indians who are fighting the cursed virus from spreading wildly, as it threatens to. Just saying a simple thank you to Covid-19 Warriors would be no great shakes. But a national solidarity on the occasion would have an electrifying impact on the national psyche which is wounded by the spread of the viral impact and pump the adrenaline of the warriors on the frontlines who take the brunt of the challenge. We need the resolve. We need the Unity. United, We Shall overcome. Jai Hind.