More
Home Opinions Curious case of the treatment of the deads by Indian people and congress-left-liberal ecosystem
Opinions
Updated: 7 May 2019 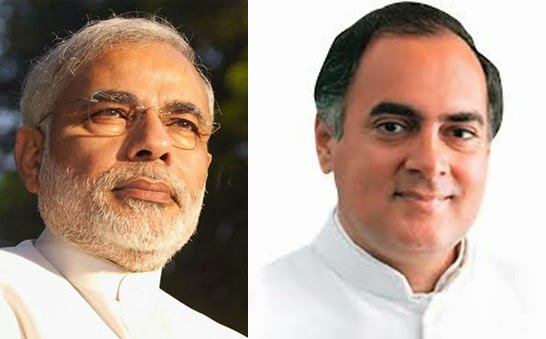 Prime Minister stoked a controversy recently by saying “Rajiv Gandhi died as the Bharastachari No.1”. Opposition leaders, as expected, got united in slamming the PM with some terming it as an insult of a ‘martyr’, some accusing him of lowering the public discourse and some considered it as disrespecting the dead.

There is no denying the fact that the biggest majority government of Rajiv Gandhi was the most corrupt government in the history of independent India, perhaps only rivaled by the UPA-2 government. Bofors scam, genocide of Sikhs, exodus of Kashmiri Pandits, Bhopal gas tragedy, Shah Bano case, uprising of armed conflicts in many states, terror outbreak in J&K; there is a long list of corruption under his tenure. Remember corruption is not only related to money but also includes corruption of values and intentions. He himself admitted that about 85% of the government money gets lost to corruption by the middlemen and bureaucrats, such was the level of rampant corruption during his era.

However, that begs the question whether the death of a person washes off all the sins he has committed when he was alive? Should we spare the criticism of his policies and conduct just because we was killed in a terrorist attack? Similar question gets raised when we talk about Hemant Karkare and his role in the fabricated ‘Hindu Terror’ theory.

Under Indian traditions, since times immemorial, we are taught to respect the dead and refrain from bad-mouthing them irrespective of their character and crimes. The sins of the person cease to exist with his death. It is now upto DharamaRaj to take a stock of his actions and crimes.

Many of the leaders with dubious past have been made into heroes and legends by the Congress-Left ecosystem, taking advantage of this continued ancient practice by the Indians, be it Jawahar Lal Nehru, Indira Gandhi, Buddhadev Bhattacharya, or many others. When someone dares to question them or their policies, he is labeled as uncouth and intolerant who does not have respect for India’s icons!

This is not democracy. One should be allowed to criticize and question anyone one wants to, based on facts and figures. One should not be mocking or insulting the death but one can always question the decisions and the intentions behind them, taken by them when they were alive. It might be religiously wrong but totally legitimate in a democracy, specially in ours which is a secular one.

We need to modify this ancient practice of ours which views every legitimate criticism of the dead ones as derogatory and disrespectful. Death does not give you immunity from your behavior and conduct when you were alive, not in a democracy. When the society and the people do not have the same level of intellect and integrity as in the distant past, we cannot blindly follow the same principles from that era.

Rajiv Gandhi was the leader of the most corrupt and incompetent government that India has ever seen. This is a reality and no, saying the same, does not amount to disrespecting the dead.