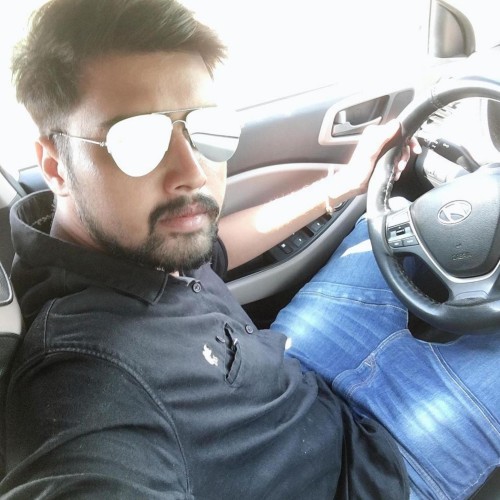 Ashish Tomarhttp://thecricketfever.com
I am an aspirant writer who wishes to make it count in the field of journalism. Writing is a source of strength for me. I have been following the game from the age of nine and since then, my love for studying the game has only escalated
Facebook
Twitter
Telegram
Email
WhatsApp
954

Sushant Singh Rajput’s name has been not only in Bollywood but also in sports headlines for a long time. He has acted in two sports-based films. The first was ‘Kai Po Che’ and the second was ‘MS Dhoni: The Untold Story’. Sushant played Captain MS Dhoni in Neeraj Pandey’s film, through which he garnered tremendous praise.

Sushant had worked very hard to adapt to Dhoni’s character. Not only did he learn the nuances of his playing art from Dhoni but he also copied his gesture. Even Sushant hit a ‘Helicopter shot’ like Mahi in the film. Sushant also went to Dhoni’s childhood coach Keshav Banerjee to learn this shot.

Also Read: 3 Indian players who have not hit a single boundary in the IPL

When Sushant reached Keshav Banerjee, he asked him to teach Dhoni’s ‘helicopter shot’. Keshav Banerjee is saddened to hear the news of Sushant’s death. Banerjee said, “He was a very good person. He used to behave very well. Today I saw the news on the channel, I could not believe it. ”

He said, “I remember when he came to Ranchi. We had a long conversation about sports and film. I was there and Mahi’s friends were also present there. He always used to tell me, Dada, teach Dhoni’s ‘helicopter shot’. “

He said, “He used to ask me how Mahi plays, what are the facial expressions. He was very focused. That’s why things happened so well. You cannot say that he is not a Dhoni. Today I have only memories. I am deeply shocked. “

Let me tell you that there were many such things in the film that Sushant has done exactly like Dhoni. Among them, helicopter shot is also one which Sushant played in the style of Mahi. In this film, Dhoni’s childhood coach Keshav Banerjee’s role is played by actor Rajesh Sharma.

Also Read: See 3 players in international cricket who won the man of the match by playing less than 12 balls

Ashish Tomarhttp://thecricketfever.com
I am an aspirant writer who wishes to make it count in the field of journalism. Writing is a source of strength for me. I have been following the game from the age of nine and since then, my love for studying the game has only escalated