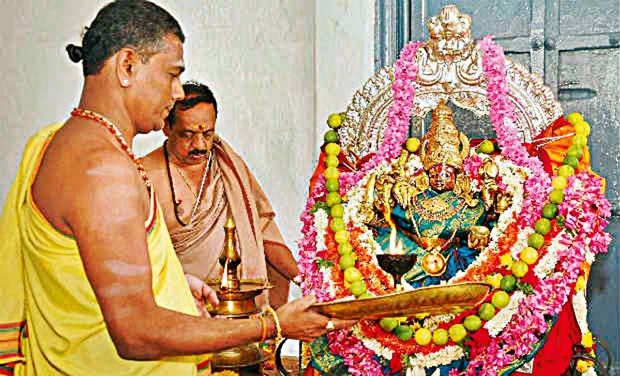 ~”The Indian State is SECULAR.”

This is the most heard counter argument for the liberals of India when it comes to anything remotely related to Hindus. Secularity is the state of being separate from religion, or of not being exclusively allied with or against any particular religion. So be it, the Indian state is Secular and with all due respect, we expect it to not bias against any person based on his religion.

But, has the state effectively been secular? The answer would be NO, at least in the respect of the Majority- the Hindus.

In medieval India, during the Muslim period, a special kind of tax was imposed on non-Muslims, significantly Hindus, with high rates called jizya tax. This was a kind of reminder to non-Muslims, that they are living in a Muslim land, governed by Shari’a. The Quran sanctions this tax as follows:

Fight those who believe not in God and in the Last Day, and who do not forbid what God and His Messenger have forbidden, and who follow not the Religion of Truth among those who were given the Book, till they pay the jizyah with a willing hand, being humbled. (tr. The Study Quran)

Fight those of the People of the Book who do not [truly] believe in God and the Last Day, who do not forbid what God and His Messenger have forbidden, who do not behave according to the rule of justice, until they pay the tax and submit to it. (tr. Abdel-Haleem)

This cruel tax was abolished in the rule of the 3rd Mughal Monarch Akbar. But it was restarted during Aurangzeb’s reign. Today, one may think no such tax exists, as our country is SECULAR. But what if I tell you, that Hindus, still continue to pay this tax, or rather a shadow tax, a shadow jizya, which unfortunately we aren’t aware of.

How many times have you been to a temple and willingly donated some money in the daan-peti? I bet a lot of times. What if I tell you that a significant amount of your donation is taken away by the state administration? You won’t believe, right?

All of this started in the Madras Presidency of British India and exists even today, under the name of Madras Hindu Religious endowments act of 1951. Under this act, the state government effectively controls the functioning of the temples via the boards they set up. The money received from Dakshina is partially put into the state treasury. Say, for a 100 Rupees you donate, 18 Rupees, land in the government’s pockets, which may be in turn, used for minority development.
There have been many cases reported wherein the Devaswom Board of Kerala Government, took away agricultural lands and gave it to Church bodies.
Interestingly, no money donated to a Mosque, Church, or Gurudwara, is usurped by the government. If this is the case, does the state truly remain secular in its such practice? This kind of exercise over temple affairs are not only exercised in the south but also in states like UP, Himachal Pradesh, Uttrakhand, Maharashtra, Orissa, etc. Much ironically, the Indian state promises the following in its Constitution:

26. Subject to public order, morality and health, every
religious denomination or any section thereof shall have
the right—
(a) to establish and maintain institutions for
religious and charitable purposes;
(b) to manage its own affairs in matters of religion

Can anyone, spot a clear deprival of fundamental rights of the Hindus? No other religious institution is subject to such discrimination, thereby maligning the SECULAR image of the Indian state.
Because of such Medieval laws in existence, temples become prone to corruption by the officials appointed by the state. Further, this is purely discriminatory as the Secular Indian state by interfering in matters of one religion only, doesn’t remain exclusive or SECULAR, rather becomes explicitly anti-Hindu in nature. The illicit takeover of Temple lands sets a dangerous precedent, harming the existence of Hindus. Until we call a spade a spade, things will always remain the way they are, biased and prejudiced!
Please find out the next time you donate money at a temple, whether it is state governed or not. Until our institutions become OURS, things won’t be right.
Let us raise our voices in unison until our temples get Swarajya from state control. The state has imprisoned the spirit of Hindu society, by targeting the pivot of the Hindu society- its temples. The immediate need of the hour is to free our temples from State control, thereby, freeing ourselves from the vicious Shadow Jizya!
- Support OpIndia -