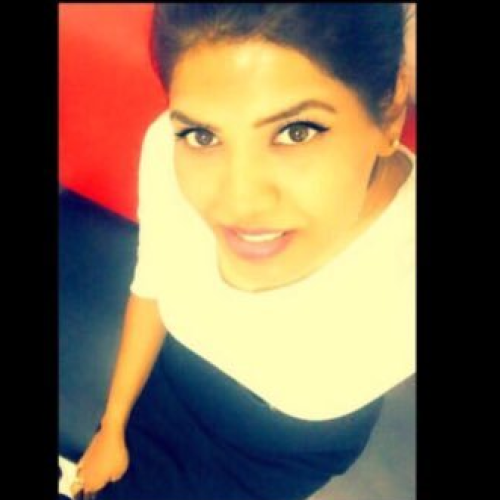 A shadow Prime Minister, is but a myth that movies like accidental Prime Minister help propagate, about Dr Manmohan Singh Kohli. An old aphorism—a man should be judged by his actions and not words, is deft for someone like Dr Singh, who spoke sporadically, yet managed to make it to the second highest chair of India, which by no means is an easy feat, and is most definitely not accidental.

If one were to ruminate about Dr. Singh’s actions; he has been quite a paradox. To quote an example– at the G-20 meet, held in feb 2013, he was vociferous about Sikhs being at the receiving end of harsh security checks in foreign countries. But even as he extended his support to his kin, he forgot the fact that he was a part of a political party which had been directly involved in Sikh riots of 1984, a topic on which he chose to keep mum. This does reflect on the lesser known side of him. It would really be unbecoming of anyone to not appreciate the efforts of our Ex-Prime minister to voice in support of the Sikh minority in the country, albeit his silence at the vandalised Buddhist and Hindu statues after a change in regime in Maldives, makes one wonder if Dr.Singh was trifle biased towards certain communities?

Since Sonia Gandhi was not from the Sikh community, it can be surmised that these were not the instructions that Dr.Singh received from his high command. The high command might have played a role in getting Dr.Singh elected to Rajya Sabha, four times—1991,1995,2001,2007, as a representative of the state of Assam, by circumventing the representation of people’s act, section 3, which till 2003 wasn’t amended. The unamended law entailed– the state from which a person sought election to upper house, must also be his or her domicile. To fulfill this requirement, Dr.Singh had to acquire a residential address in Guwahati, but then Kapil Sibal and L.K Advani were also guilty of violating this act, and ergo nobody from the other camps objected to Dr.Singh’s representation in Rajya Sabha.

Affinity to kinship is a human trait which Dr. Singh was no stranger to; during his tenure as the PM of India, he preferred to be surrounded by many Sikhs, and this is an open secret, but some of them were controversial appointments, which raised a few eyebrows. One bad apple that he stuck very loyally to was– Bhuta Singh who was indicted by the Supreme Court for his mala fide role in government formation in Bihar, after the elections of 2005. An embarrassed UPA govt removed Bhuta Singh from his post, yet Dr.Singh decided to give him a cabinet minister rank, by making him the Chairman of National commission for Schedule caste. Later Bhuta Singh’s son was arrested by CBI in a corruption case related to the commission.

The above are innocuous acts when compared to the allegations that were made against one of  Dr.Singh’s favourite man– Nehchal Sandhu, IB chief, another kin. Ostensibly, it was Sandhu who leaked news of Army contingent’s movement to Delhi in 2012, calling the maneuver a coup by Gen.V.K Singh. Heckles were raised and media demanded to remove Gen V.K Singh, who was already facing an age-related predicament in the court. Sandhu was also close to men who had used their positions against Gen V.K Singh; one of them being Gen JJ Singh (Ex-COAS) and later governor of Arunachal Pradesh.

Gen JJ Singh, in an attempt to continue the “line of succession”, wanted Gen Bikram Singh to succeed Gen VK Singh, and helped in his meteoric rise through the ranks in Army, despite Gen Bikram Singh’s involvement in a fake encounter in J&K. Another hurdle to Gen Bikram Singh’s ascension to the post of Chief of Army Staff, was the fact that his daughter-in-law was a Pakistani, who was later given a clean chit by Intelligence bureau, which was then headed by Nehchal Sandhu. Another man under Sandhu’s wing was, Lt Gen Tejinder Singh, who was accused by Gen V.K Singh of offering him a bribe in Tatra truck scam. Sandhu, Gen JJ Singh and Gen Bikram Singh were all in Dr.Manmohan Singh’s good books. One would have to be sitting with his eyes shut to not see men close to him indulge in activities which denigrated the image of Indian army, and thereby discouraged the men in uniform. Was Dr. Singh blind or was he pretending so?

As a loyalist to Congress party, Dr. Singh, has often been projected as the man who sacrificed his reputation for the corrupt leaders within the party; very few members of the party can claim a pedestal, like AK Antony and Dr. Manmohan Singh. Yet in 1991, Dr. Singh as the finance minister landed himself in a corruption quagmire, when BCCI (Bank of Credit and Commerce International), a bank orchestrated by ISI-CIA, collapsed. He was accused of permitting the bank to open its branch in India when he was the RBI governor in 1982, and his daughter’s scholarship through the bank also came under scrutiny in the parliament. These were times when financial misappropriation was rampant in India, and close to 55 Govt officials were found to be involved in the case.

Time heals all, they say. Over an epoch, Dr. Manmohan Singh, managed to steam roll to a powerful position where nobody had the gumption to doubt his moral compass. Yet to assume this man, was eclipsed and worked under the strict instructions of his high command, is but an underestimation of his legendary Oxfordian intellectual capabilities.