More
Home Opinions DMK patronage of Murasoli versus support base of intellectuals, nationalists and patriots for Thuglak,...
Opinions
Updated: 19 January 2020

DMK patronage of Murasoli versus support base of intellectuals, nationalists and patriots for Thuglak, Super Star struck the right cord 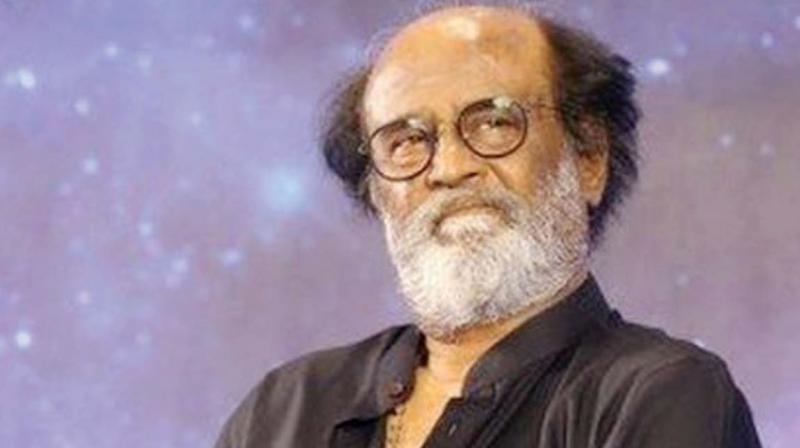 Super Star through his superb acting, speeches and even through his deafening silence, known to kindle the inner mind of people of Tamil Nadu in particular and entire India in general.

Tamil Nadu is eagerly waiting for the Super Star to save the state like how Lord Krishna saved Vrindhavan by lifting Govarthan giri.

DMK coming back to power in 2021 is seen by majority of people in the state as big danger to the state because the state has been ruined almost completely by the dynastic-family centric politics, politics of corruption and rowdie-ism. The dynastic political force has destroyed the Bhakti culture of the state by promoting anti-God, anti-Hindu, anti-Brahmin, anti-Hindi rhetoric and by dividing the people through the myth of Dravidian versus Aryan race.

Super Star Rajnikanth has rightfully stated that although the news magazine ‘Murasoli’ was started way back in 1942, till date the newspaper enjoys only political patronage of hard core DMK party men or sympathisers or those who follow the dynastic principles of DMK. What the Super Star has stated was right, perfect and correct example that Murasoli if anyone subscribe and read shall necessarily be a DMK follower but on the contrary those who buy and read Thuglak are largely intellectuals, patriots and nationalists. The above statement does not mean other magazines are bad and readers of all such magazines are not intellectuals.

Thuglak fought against the wind and time and became the choicest delicacy of intellectuals but Murasoli has just reduced as a mere mouth piece of DMK carrying tailored news items to promote the ideology of DMK and family interest.

Whereas Thuglak questions, criticizes, presents credible facts, data and want people to unite to build new India. Over the time Thuglak has never reduced as a pamphlet of any political party but always stood as a lamp and shown the right and correct path both to people of India and the administrators.

Another pointer of Super Star is that people must liberate themselves from party centric temperament and must evolve as patriots and nationalists and must start to appreciate neutral and true information and not fictions and figment of imagination as true.

DMK had succeed the last parliamentary election through well organized, continuous selling of various lies, impossible promises, negative information and minority appeasement but people seems to have started to realize their mistake. Many people are also regretting for supporting DMK in the last parliament election. Everyone are looking for a best alternative and most of them agree that Super Star is the only option available right now to save the state.

Like how sage Vasistha guided Lord Ram to kill several demons and saved the sages to perform yagnas, let us hope Thuglak will remain as a guiding force to the Super Star to enter politics and save the state from hate-God, corrupt, dynastic politics.