Is diluting AFSPA even an option? 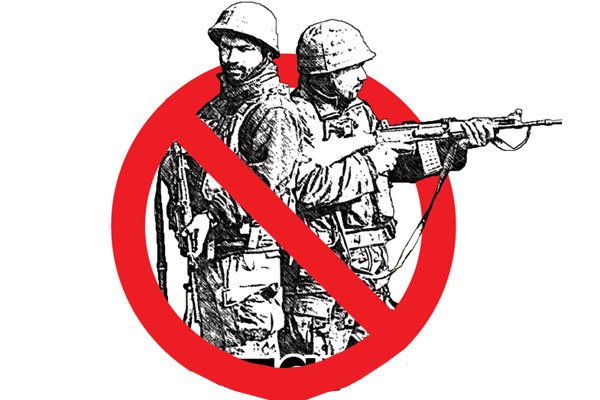 Enacted in 1958 the Armed forces (special power) Act (AFSPA), 1958 has been one of the highly contentious acts of the parliament. Time and again it has been questioned and criticized but has held its ground. Recently a major political party (the Congress) has pitched to dilute AFSPA in their manifesto. But how prudent would it be to dilute the provisions of AFSPA.

Armed forces require a law endorsement and protection without which it would not be easy for them to operate in their full potential and capacity. AFSPA was applied in Nagaland in 1958 first time for the very same reason. Now any attempt to dilute the AFSPA would first of all turn down the morale of a soldier on ground. It would restrain him to perform his duty and would make him reluctant to operate with efficacy, which in turn would result in worsening of the situation in the disturbed area.

The personnel deployed in the affected areas are usually from different parts of the country. Any case registered against them as a result of dilution of AFSPA would be disastrous for the soldiers. Imagine a soldier travelling long distances every month to attend the court hearing. This would amount to nothing less than his mental harassment as he would be paying the price for merely performance of his duties.

It is also noteworthy here to note that Indian armed forces act in as restrictive manner as possible. If we look at our immediate neighbor Pakistan, its army has not been as much benign in its operations. It’s Rah-e-Nijat operation against Tehrik-e-Taliban alone displaced more than 3.5 million people in South Waziristan and manner of its operation in Balochistan is not something unheard of. Other countries like Israel has not been merciful in dealing with insurgency either. In another sharply contrasting example, the Indian Armed forces have rarely used its Air power in dealing with insurgency and terrorism which has been a commonly used by Armies across the globe. Hence any attempt at diluting the provisions of the AFSPA would be extremely impolitic.

So where does the solution lie? It is conspicuous that dilution of AFSPA is nowhere near an option. If situation demands, AFSPA can simply be revoked from any area or the state government can simply request the central government to revoke the AFSPA from any part it desires and let the local police handle it. The AFSPA has been removed from Punjab in 1997 Mizoram in 2015, Meghalaya in 2018 and recently from some part of Arunachal Pradesh. So, this option is always open.

So, we conclude that where withdrawal of AFSPA from an affected region is always an open option any attempt to dilute it would not be prudent. Simply putting we can’t tie the hand of a soldier and ask him to fight. Its far better to not deploy him on ground per se.