The Hadiya case verdict – The larger ramifications for the Hindu society 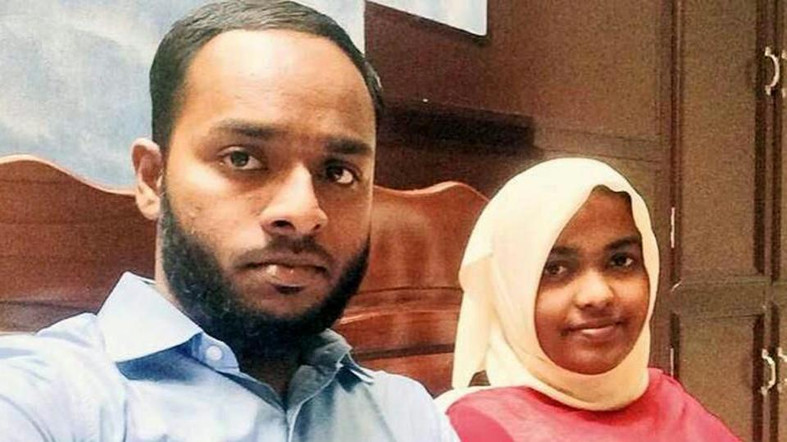 The Supreme Court of India in a recent judgment has upheld the marriage of Ms Hadiya, a Hindu convert to Islam to Mr Shefin Jehan as valid, effectively annulling the earlier verdict of the Kerala high court in the same matter. One need not be a legal luminary to understand that the verdict could have only been this way. As the law of the land stands today, an adult individual has got complete freedom of choice in both matters- Choosing one’s faith as well as one’s life partner.

It is true that nobody, not even the parents have any right to interfere, once it is established that the decisions were not made out of duress and the individual is mentally capable of making their decisions. When Hadiya herself has openly said that she converted and married out of her own free will, there is nothing for anyone else to say in the matter. And all other considerations are totally extraneous to the issue at hand. Thus it would have been a travesty of justice if the Supreme Court had given a judgement to the contrary.

But that is where the real tragedy and danger lie. Yes, a tragedy because the radical Islamic organizations seem to be using the law to their advantage, abusing our legal systems to further their sinister interests which are inimical to the country. And yes, a danger too because we are looking at the prospect of further Islamization of the country.

The likes of PFI, Sathya Sarani and scores of other radical Islamic organizations are already engaged in this activity. Entry into these is only one-way as far as the previous identity of an individual is concerned. One can only come out converted. A recent sting operation by a private news channel clearly showed how the machinery is well thought out and kept within the legal confines for the most part through various front organizations and sham programs. Invariably it is vulnerable young women most of the times who are recruited through “innocent” and “kind” friends.

I remember a personal conversation with a librarian from Kerala while working in Saudi Arabia. According to him, while ancient Hindu and Buddhist India stretched from Afghanistan to Sri Lanka, today it is truncated by the carving out of Muslim countries such as Afghanistan, Pakistan and Bangladesh. Soon more and more of the country would become Islamic until the entire land is converted. He was totally alive to the fact that he was offending me, a Hindu, yet he was totally emboldened by the fact that it was an Islamic country and knew that I could have reacted only at my own peril and therefore I wouldn’t. At that time I thought it was an isolated case of a person who had been radicalized. But years later, looking at what is happening now. One wouldn’t be surprised if such expatriates and the Gulf countries are funding the foreign NGOs involved in these activities which are carried out in a systematic way.

This country, in spite of all its shortcomings, has got a robust legal system that works and it is a pity that this is blatantly misused by the likes of PFI and Owaisi.  Where else can one reply tongue in cheek that he lives in India and is not bothered about those countries whenever it is pointed that the Muslim majority countries do not grant the same rights to their minorities that they demand themselves elsewhere? They know that the pseudo-seculars and the so-called liberals would jump to their rescue and do their bidding if push comes to shove. This judgement has come as a shot in the arm for these elements as it has come even with a BJP government at the Centre. (So much for the accusations of interference in the work of the judiciary!) And yet, if we don’t wake up and do something about this now, the day may not be far when Hindus become a minority in this country.