Sanjay Leela Bhansali issue: How the ‘Hindu Fringe’ should protest? 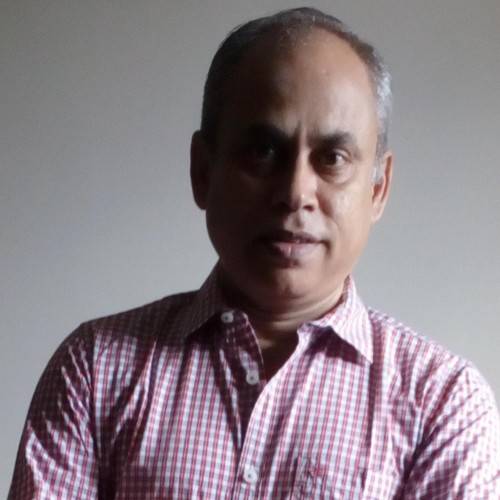 First things first. The attack on Sanjay Leela Bhansali deserves unequivocal condemnation. Film personalities have every right to be ‘appalled’, ‘ashamed’, ‘disgusted’ and to call for ‘unity.’

And this is an important ‘but’ — something to learn from the secular media personalities while accepting condescendingly the opposing point of view and still sticking to your own view. Consider this ‘but’ of Rajdeep Sardesai. ‘He ‘Prashant Poojary’ did not deserve to die under any circumstance but there is a political context to his death…’

Armed with this ‘but’, let us evaluate the options available to a common man (‘a Hindu fringe’ element for the seculars) who feels aggrieved by an art form — a painting, a column/Op-ed, a book, a movie, an advertisement, an interview or a tele-serial. (Is any art form left out which does not offend Hindu sentiments?) Enough has been written over the years and will be written again over the next few days on the rights of the creator — that it is absolute, that the constitutional guarantee on freedom of expression should be respected, notwithstanding the qualification in article 19(2). If you cite Sec 295 A of IPC, you are a moron from medieval times. (Opindia editors — themselves a fierce proponent of FOE — may not agree to this ‘cynical’ view on reasonable restrictions on FOE. Still I am risking.) Not much serious thinking, however, has gone into what the aggrieved common man can do.

Let us start from the mildest form of protest. He can boycott the art form. If it is a book, he will not buy and read. Alternatively, he can read and give a poor rating to the book. If it is a movie, he will not watch. If it is a product, he will not buy. If it is an App promoted by an undesirable ambassador, he will uninstall. Cool? This secular icon thinks so now. But back then when her book was down rated, Barkha Dutt wanted Amazon to ‘filter’ (read delete) the comments. Scroll called it ‘social media intimidation.’ Snapdeal uninstallation/ down rating was termed as ‘commercial bullying’. Sandeepan Sharma called the boycotts ‘self-limiting bouts of moral epidemics.’ Santosh Desai called it a ‘disproportionate response.’ So, this form of protest was not so cool a couple of years ago.

What else can the common man do? Listen to Chetan Bhagat. ‘Create your own art to counter it.’ The dumbest argument ever. Borrowed from Arun Shourie who said that the best answer to oppose a book is another book. Imagine that I am offended by M F Husaain’s painting of Hindu Goddesses. What should I do according to Chetan Bhagat? I should spend years mastering the art of painting and then defend my Goddess or offend his God/ Prophet! Worse still if I am offended by a film like PK. I cannot be just content with preparing a script defending my religion. I have to identify producers/ financiers, raise capital, appoint artists, etc. More than granting the common man a form of protest, does it not restrict the right of criticism to a chosen few — a few authors, artists, directors, journalists?

The next option. Decide on the protest only after watching the movie, as this piece in Indian Express seems to suggest. This is hilarious. Unlike the past when movies were released in a few hundred screens and earned their revenues over 100 days/ 25 weeks, etc., these days are they are exhibited in thousands of screens and make their money in the first weekend, failing which, they do so over the next weekend. This allows a very short span of time to the aggrieved person to register his protest. All it does is to force him to watch the movie and increase the viewership.

Can he voice his dissent on twitter and trend the issue? Can he/she point out the inconsistencies of the Bollywood personalities in their approach to Islam and Hinduism? Like what this twitterati is doing —what Shabana Azmi said then and now. Yes, he/she can, at the cost of being called a troll.

So, what else can he do? Pelt stones at the cinema halls? No, absolutely not. That is the exclusive prerogative of misguided Kashmiri youths, to be used only for ‘just’ causes like protesting the killing of a proven terrorist. Hindus are not privileged enough to use this form.

Are we running out of options? Not at all. The common man still has an option — an option preferred by seculars.

He can sit at home and sulk…