The burdens of the old guard must be carried over by future leaders. It’s probably something that the Indian National Congress; the grand old party of India has believed in for generations. And perhaps, it’s what they wanted the nation to believe in order to ensure the future of a few regional parties with vested interests.

But, the question arises, did article 370 have any place in modern India; a country that’s been growing by leaps and bounds? A country that’s not walking, but galloping in the global scheme of things.

When the India of today is working towards becoming a global superpower, some people with vested interests are trying to put a stop to it by hiding under the guise of being just.

Article 370 was perhaps the biggest blunder in the history of India committed by the first ever Prime Minister Mr. Jawaharlal Nehru and now is the right time to correct that mistake if India is to progress, and there can never really be true progress unless the entire length and breadth of the country experiences the same level of abundance of opportunities that every corner of the country is experiencing right now, except for perhaps Jammu and Kashmir, Ladakh and a few north eastern states of India.

This writer truly believes that article 370 has no place in this 21st century new India. This new India is all about hopes and dreams; aspirations and accomplishments and most of all, progress for all who call it home.

So how is article 370 which basically only serves as a means to alienate and separate countrymen from one part of the nation in respect to his counterparts living in other parts of India, be justified?

My question is, when was the last time someone seriously gave a thought about abrogating this piece of document which basically did nothing more than sending of Jammu and Kashmir (Ladakh included) into a state of limbo.

The Indian National Congress, All India Trinamool Congress and resident regional parties of the state like the National Conference and the People’s Democratic Party, helped by a few other regional outfits are the only mainstream parties opposing the abrogation of article 370, but the question is why?

The answer could very well lie in the fact that perhaps the Congress, which was once full of leaders like Sardar Patel and Lal Bahadur Shastri, who always put the nation first, is faced with a leadership crisis.

Thanks to Indian National Congress’ fixation with the Gandhis, chances are next to nil that someone without that last name is ever going to lead the grand old party ever again.

We all know what happened to Lal Bahadur Shastri, a man with an iron will when he tried to bring about a change. We are still left wondering, how a man of that stature ended up the way he did in Tashkent.

Article 370 basically served only one purpose, and that is to create a wedge between Kashmir and the rest of India. But, that’s all in the past now, It’s the dawn of a new day and it’s finally time to rewrite history like the way it should have been.

Parties like the Indian National Congress, the All India Trinamool Congress, the National Conference and the People’s Democratic Party need to understand one thing; 130 crore Indians refuse to give up on their dreams; their aspirations and their future, so that the legacy of one man can continue to live.

It’s time to call a spade a spade! Article 370 was one of the biggest blunders in the history of this nation. One that has only lead to bloodshed and the martyrdom of our soldiers trying to protect the plurality and the diversity of India.

We can no longer allow the likes of the Abdullah’s, the Mufti’s and the Gilani’s to hold back millions of Kashmiri’s who not only want a better future for themselves, but for generations to come. 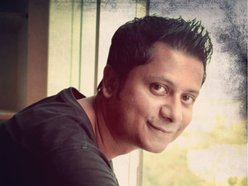 Ankan Bose is a writer covering politics, counter terrorism and matters of geopolitical interest. When not writing or taking care of work, he loves to cuddle with his dog and sleep for as long as he possibly can.