Vote, everybody thinks just it’s our right but it’s also our voice, it’s our opinion in democracy. Everybody talks about the responsibility and accountability of people’s representative who contests and wins the election. Nobody talks about the responsibility of Voter. Because enlightening voter is not good for political parties. They can’t control the narrative anymore. So every party wants to portray themselves as messiah of democracy in INDIA. Media who should take this responsibility became mere mouth pieces to the political parties. In this election season being world’s largest democracy we need to understand what vote meant for voter not the nominated candidate. When you look at this perspective the reasons to vote becomes a broad spectrum.

No, I am not going to explain their duties but I will try to show you how much impact they can have. We get elections for state assembly and parliament at same time for some states. People who choose the two representatives will vote on same day. Unfortunately political leadership used this to their advantage, now people got so many things to consider to vote. So to make them dumb and reduce their reasons to elect to “constituency development” by the parties. Whenever the nominated candidate promises the development I wonder isn’t that a job duty of MLA, MP by default? Then you can say, one guy dedicated to more development than other. That’s fine, it can be one of the reason to elect the member to state assembly and parliament. Is that enough?

Development is generic term, no political party will be against to it, and so there is not difference of opinion on this topic at all. Idea of India is way more important because without the identity for us no development will take out our inferiority complex. No civilization in the history has prospered, built big cities without a responsible and reasonable  mindset, if there was any they didn’t stood that long in the course of time, we are certainly not one of those.

So what’s the difference, main factor is every voter should understand how powerful is that MP,MLA position. How much influence that MLA or MP will have in the law making and implementing. For MLA, you can consider the local issues of that particular constituency, (for example to elect MLA in Tamil Nadu you no need to know his stand on “separate statehood demand for Delhi” because this MLA have no influence on that issue). When it comes to MP the powers are entirely different. Now MP from Tamil Nadu should have a valid national vision for the constituency he represents.

MP cannot say my constituency have negligible minority population hence I don’t need to say my stand on banning triple talaq bill. The MP from Karnataka have a say in anti-conversion bill even though his constituency got no illegal conversion problem. This is where the regional parties who nominate their candidates for MP elections fail to give good reason. Every regional party got single point formula, vote for us so we can fight for our state. Unfortunately they mixed MLA and MP responsibilities to suit their narrative, in parliament an MP from any state have equal share in every law comes of out that house, just because it didn’t effect one state that doesn’t mean that MP no need to worry. Developing the constituency is a default job responsibility, it’s like applying for Java developer and say my strength is application development. Every MP should have national narrative.

As a voter it’s our responsibility to know what your MP candiadate/party vision for nation. Because an MP from Telangana can help in a bill which can influence state of Jammu and Kashmir. So our vote have impact all over the country not just the constituency. When elections held together, regional party have this closed vision for their state, which is good or bad but the same vision won’t help for MP.

Vote for you not for candidate

When the voting season starts and every question posed by psephologists is whom do you vote and why? Almost every reply is related to the party leader who represented the party of the nominated candidate but not on candidate or his abilities. Some go ahead and say “let’s give this guy a chance”. Unfortunately anti-incumbency advantage the only principle opposition party even though it didn’t care much about people in that term. Options gets lesser and any third player is blamed as a covert of either of parties.

Narrative of that election will be just against the CM, but none of the media can explain what are the reasons for the failure of current government?, what new changes going to get if we elect another party MLAs or MPs?, why people have to choose better evil, if there is no choice how can new generation leadership comes out without nepotism? , which party is encouraging that trend? These are the questions media should ask and help public to think, react and vote. Now, it’s merely accusations on each other and telecasting them is such a lazy job for the fourth estate. Every voter has to go through the manifesto of every party, if it’s for MLA check in which direction they want to run the state, if its MP then check for what’s their stand on national issues.

If the parties asking votes for a coalition which is neither NDA nor UPA governments then it’s our responsibility to ask them their stand on national issues not just regional chest thumping. For BJP led NDA we have manifesto for BJP which will largely influence the government, same with UPA and congress. When leaders propose third front or federal front without BJP and Congress nobody knows on what agenda that government going to run? Like KCR cannot implement Telangana model all over the country, similarly Mamata cannot implement her Kolkata model. For the BJP and Congress you know their ideological stand, how they want to see India. You know their failures and positives. You know how strong the leadership is for them. When these PM aspirants are campaigning in their states they still talk about just the role of the MP funds and state-central funds. Nobody will ask KCR, Mamata or any other Mahagatbandhan leaders following questions

These are just a handful issues but these regional parties have responsibility to give an idea to people of India about their government vision and mission. Now all the regional players asking for MP seats in their respective states, they neither give us the ideological aspect for alliance nor a clear picture on agenda. I understand it will be the common minimum program they agree on after the election but we as voters have every right to know which way they lean on national issues when it’s their turn. Unfortunately neither of the national parties are asking these questions correctly in the campaigning. Media is just wishing for Modi loss will never ask the regional players the hard and real questions because again that will educate the voter which is very dangerous for their existence.

When we vote for MP think once about these questions, if you have affiliation or leaning towards your regional party for choosing MP then ask yourself what is the ideology of that regional party. Will it ever become a big brother to other states when in need, will it help for idea of ek bharat shresta bharat? Learn from our parents’ generation how bad it was when the government goes to no confidence motion in every Lok Sabha session. Vote for stability, strong leadership and which party have stakes in majority states so they can think once before act. For sure regional player never care for other states when it comes to either their state or other state take less share for National interest.

Finally when you enter in to that polling booth just remember one thing the button you are pressing will have effect on 1.3billion people. For generations we made a mistake for not doing this, Say it to yourself “This is not just my individual right but a collective responsibility”.

In democracy people gets the leader they deserve, be worthy of good leader. 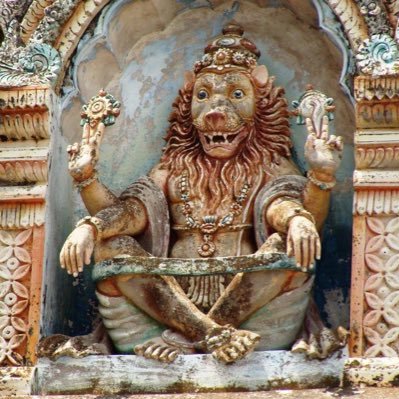